(Source – Miniature from Zubdat al-Tawarikh (ca. 1580), an Ottoman survey of world history by Seyyid Loqman Ashuri. It shows, from the centre: the ancient planets (the Moon with a mirror; Mercury as a scribe; Venus with a dulcimer; a haloed Sun; Mars as a warrior; Jupiter as a worthy; Saturn as an ascetic), the signs of the Zodiac in a clockwise order, the Moon’s phases in an anti-clockwise order aligned with the Mansions of the Moon.)

It reigns the domain situated between 08º34’19” and 21º25’44” Leo on the astrological circle. It has the names Azobra, Azobrach and Ardaf in the mystic tradition of Renaissance, Al-Zubrah for arabic authors and Ti-Tehni for the coptic greek astrologers. The arabic astrologers state that this mansion reigns the haircutting, the strengthening of buildings and foundations but also the consolidation and foundation of partnerships, which will prove to be profitable for the parties involved. The mansion is unfavorable for the purchase of new clothes and the release of prisoners. Adjusting the medieval opinions to present, we can conclude that this lunar mansion influences the field of architecture, buildings, hairdressing, hair cutting, trade and advocacy.

According to Agrippa, from a magical point of view, the eleventh mansion governs the production of talismans meant to bring service, fear, respect and honors, while the old magic book Picatrix says that under the influence of the eleventh mansion, the talismans are made for trade improvement, but also the spells are casted for prisoners release and siege fortresses. The sufi mystic, Ibn Arabi, states that this mansion is corresponding to the mystic denomination “First Sky”, to the divine attribute “The Lord”, and the corresponding letter from the arabic kabbalah is Y or J, pronounced “Ya”. The First Sky is that of Saturn, the highest planetary sphere, carrying also splendid mystic denominations like “The Sky of the Visited Home” or the “The Lotus of the Farthest Boundary”. In the Islamic mystical conception, here is the heavenly house of the biblical patriarch, Abraham (in Arabic, Ibrahim), the father of the Scripture’s people.

The Sun in the Eleventh Mansion indicates a person full of idealism, very determined and brave. The native is a swift, fluid and subtle man who knows how to operate in the most possible efficient way and shortest time. He is diligent, inspired and usually motivated to overcome himself, he is preoccupied with few projects at the same time, preferring to leave nothing unfinished before starting new projects.

The Moon in the Eleventh Mansion shows an idealist person, with sophisticated tastes. He spends his time in special places, if not extravagant they are at least known by certain people, selecting a refined and equally idealistic company. He can easily become an elitist or a snob. He has the talent of speech, he is convincing, alluring, charming, but sometimes too superficial and more concerned with how he speaks than the content of his speech.

Mercury in the Eleventh Mansion shows a bold, impetuous man, full of innovative ideas and very practical. He has a strong leaning toward negotiation and has an innate entrepreneurial spirit. He can work very well from marketing and financial analysis to trivial businesses, the success being guaranteed. He can gain a good fortune from trade, and even more, he can can help his partners to achieve the same success.

Venus in the Eleventh Mansion reveals a charming person, preoccupied by his own profit. In the female nativities, it often shows a woman who is enjoying the wealth gathered by others, be it father, husband or associate. He is the perfect type of “inheritor by profession”, even when it comes to things that are not necessarily related to wealth.

Mars in the Eleventh Mansion determines a dynamic behaviour, brave and prone to adventures of any kind. He is a man who has to learn self-control, putting himself often in situations that are at least unpleasant, if not dangerous due to the risks he assumes.

Jupiter in the Eleventh Mansion indicates tensed relationships with male relatives, especially if it has a negative aspect. The native has a fluctuating luck, but he always manages to recover from financial failures. He is a prosperous and inventive man who spreads optimism and prosperity around him. He is practical, tenacious and logical, always finding flaws in his own plans and rectifies them efficiently.

Saturn in the Eleventh Mansion shows a long-lived and successful native, but with a deficient family life. He can make a big profit from trade, risking unfortunately to fall prey to his egocentrism and domineering attitude. He has some ideals, to which he is dedicated, he respects a moral code and is ideologically strict, but he is always open to new possibilities, especially if they bring profit.

Uranus in the Eleventh Mansion indicates a nonconformist and idealist native, who is very dedicated to the causes he believes in. He is sincere in what he does and says, sometimes venturing beyond the limits of his possibilities. He can be particularly skilled in technology and he can earn his living through the talent in electronics or through extrasensory capabilities.

Neptune in the Eleventh Mansion shows a person with strong spiritual interests. He is a distinguished intellectual, a scholar, a thinker in every sense of the word, who has his peculiarities and eccentricities. He may be passionate about philosophy, theology, mysticism or other high disciplines, always urged by his original instinct to new perspectives, always going forward in the connections he makes.

Pluto in the Eleventh Mansion indicates a difficult person, who is hard to understand by most people. He can be calm but also impulsive, often having anger outbursts. He is prone to frequent illnesses, having a shaky health in the second part of life, despite his longevity. He likes to test his own limits, to risk and involve in situations which he will regret later.

Lilith in the Eleventh Mansion indicates a vulgar and perverse nature, attracted to profit. The native exploits without any remorse the weaknesses or vices of others, preferring rich or influential people. He knows how to manipulate and has the taste of control and power, he knows how to take advantage of these manipulations, and wants to get where he doesn’t deserve to be. In most people, these tendencies are attenuated by the positive aspects of their personality, but there are also many people where this aspect is fully developed.

The North Node in the Eleventh Mansion reveals the fact that the meaning of the native’s actual life is the consolidation of partnerships, trust towards other people around him and the teamwork. The cooperation, either due to interest or friendship, needs to be learned as one of the most enjoyable ways of social, financial and spiritual success. The native will often face in his life situations, which will prove that selfishness and superiority can bring profit, but not necessarily happiness, and that altruism and fairness give the best results, along with the soulfulness.

The South Node in the Eleventh Mansion indicates a soul who in previous lives has worked particularly hard on consolidating his own projects, collecting wealth or building up the nobility, often violating the principles of friendship and trust. He did harm not only to the people in general but also to the closest ones, who gave him their trust and confidentiality. In the current life the native must pay a collective karma to those oppressed. Every person who deceives and abuses him must be considered an agent of the Divine Law and he has to be understood and forgiven for his deed as he also needs to be forgiven and justified for his actions. 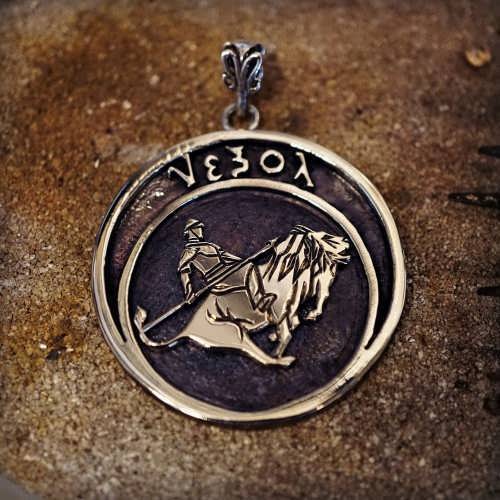 Latest posts by Asterion (see all)